Ancient Athens in 45,000 Steps: What to See in this Historic City 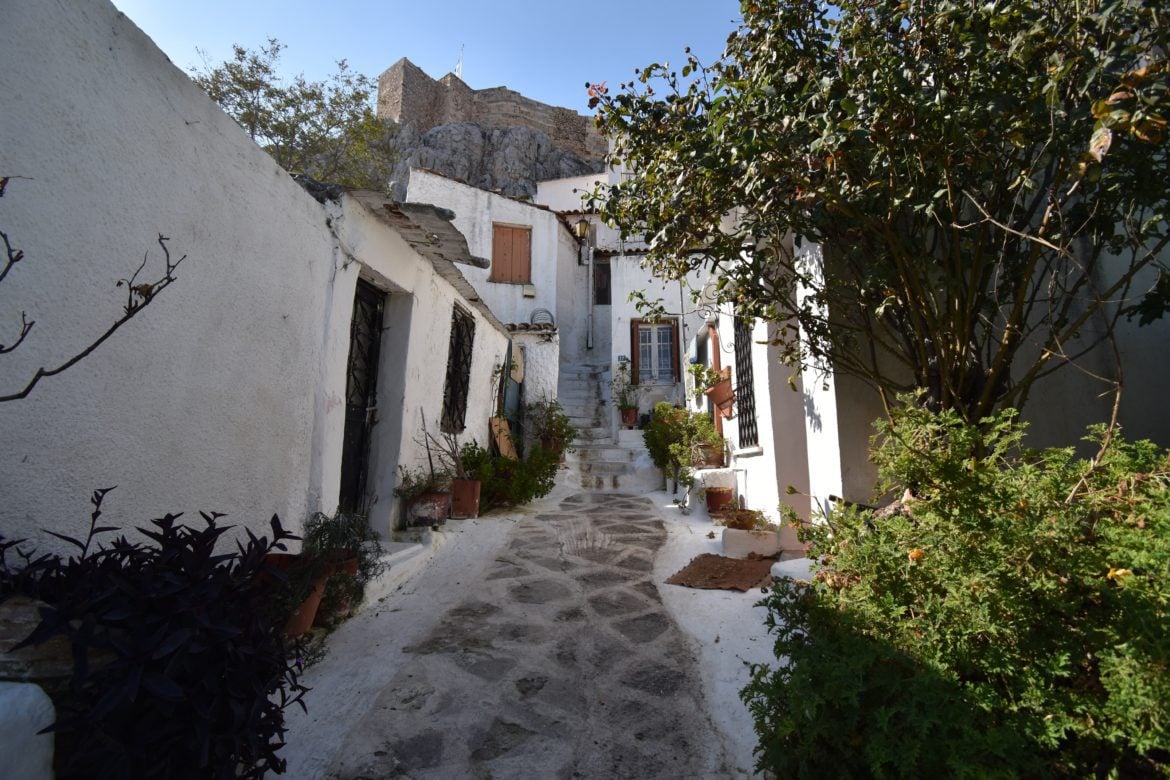 Ancient Athens is an open-air museum

Recently, I had the opportunity to relive my childhood social studies classes by visiting Athens. Home to captivating history that spans millennia, Athens is an open-air museum that everyone should experience in their lifetime.

I managed to see much of the city in only 1.5 days, walking nearly 45,000 steps. This allowed me to thoroughly cover the ancient parts of Athens, as well as the more modern, metropolitan neighborhoods. Here are some of the spectacular sights that I stumbled upon during my 45,000 steps through Athens.

The Acropolis of Athens

As the apex of this ancient city, the Acropolis is likely the first site you will see on your trip to Athens. This citadel stands on top of a rocky cliff overlooking the captivating cityscape.

Built in the 5th century BC, the Acropolis is a complex of temples, statues, and monuments. For nearly 2,500 years, the Acropolis has stood as a symbol of Ancient Greece and its achievements in art, architecture, and philosophy.

Upon arriving at the top, it was surreal to feel the wind whistling around me and imagine the mighty empire that once dominated this Athenian landscape.

Within the Acropolis, you’ll find the most culturally significant temple of Ancient Greece, the Parthenon. With its grand stature and sturdy, marble columns, the Parthenon is an architectural feat that is still partially intact today.

Originally dedicated to the goddess Athena in 438 BC, this temple has served other purposes throughout its history, including as a Christian church and Ottoman mosque. Today, the Parthenon stands as a steadfast symbol of Classical Greece and Western Civilization.

Just down the hill from the Acropolis lies one of Athens’ oldest neighborhoods, Plaka. Located near the Agora ruins, Plaka is a village-like setting lined with quaint shops and local cafés. Its cobblestone streets and neoclassic architecture embody the vibe and ambiance of the ancient Athenian city-state.

Plaka is the best spot in town to wander aimlessly, buy souvenirs, and admire the Old World charm of Athens.

As an ancient marketplace and center of commerce, the Agora of Athens is the Greek equivalent to the Roman Forum. Once the economic and political heart of the city, the Agora is now an archaeological site with a collection of intriguing temples and artifacts. Though a site of ruins today, it’s remarkable to envision the Agora as the rendezvous point for Plato and Socrates.

Built entirely of marble, the Panathenaic Stadium is an ancient arena used for competitive gymnastics and running events. Accommodating up to 80,000 spectators, this stadium was the main venue for the first modern Olympics held in 1896.

More recently, the Panathenaic Stadium also hosted the 2004 Olympic Games. For only €3 (€1.50 for a student or senior), it’s definitely worth stepping inside and running a lap!

Dedicated to the god of all gods in Greek mythology, the Temple of Zeus was among the largest temples of the ancient world. Due to its sheer size and costly white marble design, the Temple of Zeus took nearly 7 centuries to build. Today, only 15 of its original 104 Corinthian columns remain standing.

Towering over the Athenian skyline, Mount Lycabettus is a limestone-covered hill offering the best views of the city. The climb to the top took me around 40 minutes, but it flew by given the beautiful scenery and views around me. This is an excellent vantage point for sightseeing, and the best place to watch the sunset unfold before your eyes.

READ: 3 Days on the Yangtze River

Tips for planning your trip to Athens

When planning your next trip to Athens, I recommend finding an accommodation in the Plaka neighborhood. This historic area is located in the heart of many of the city’s ancient attractions. I also recommend purchasing the Acropolis Combo Ticket, which costs €30 (€15 with a student/senior discount). The combo ticket costs only €10 more than a single entry to the Acropolis, yet it allows access to 6 other key attractions around the city within a five-day period.

Lastly, I wanted to point out that the list of sites above is by no means comprehensive. In addition to the aforementioned attractions, I recommend checking out the other important places below. I hope you have a wonderful stay in Ancient Athens!

READ: 33 Things to Do Before a Flight!

Other key sites to consider during your trip to Athens

You may also like: A Weekend in Basel, Switzerland

Traveling as an Ambassador Abroad in 2020

Great writing style in this. Easy to understand.

Thank you so much for all this highly interesting information about Athens. I now know that it reallyis a place to visit!