Things to do on Lake Erie: Underrated Attractions + Experiences 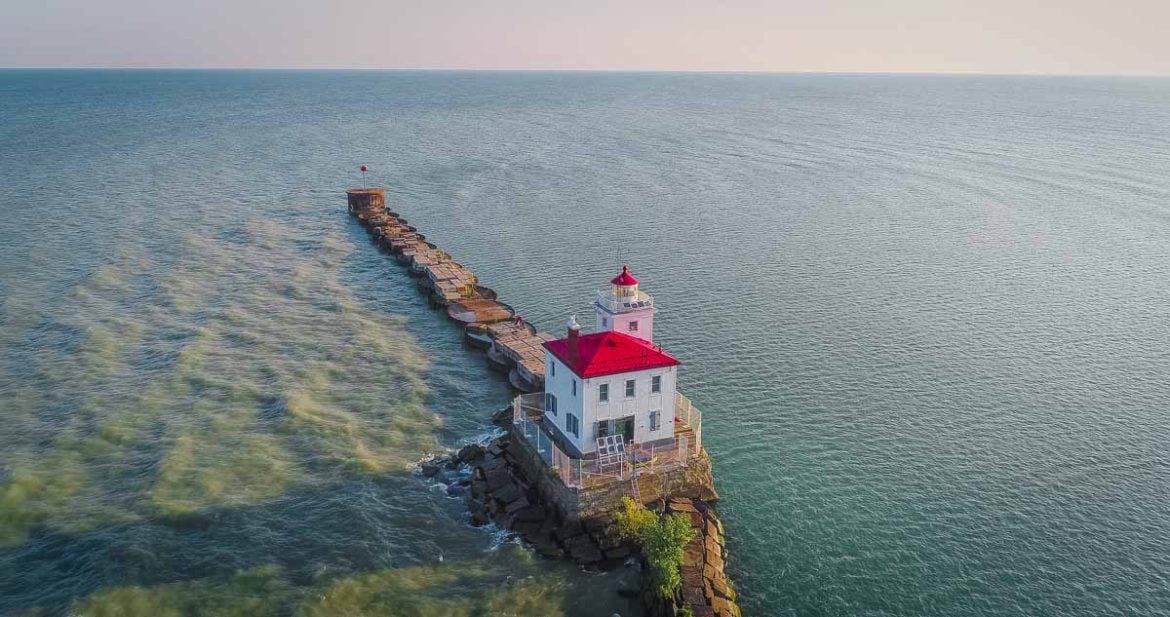 Looking to experience Lake Erie beyond the waterfalls, roller coasters, and Rock and Roll? Don’t miss out on these unique things to do on Lake Erie!

While Niagara Falls, Cedar Point Amusement Park (aka America’s Roller Coast), and the Rock & Roll Hall of Fame get most of the press, there’s a lot more to see and do around Lake Erie than most people realize. Here are some of the most underrated things to do in Lake Erie, the smallest of the Great Lakes (by volume) and the southernmost point of America’s North Coast.

Less than fifty years ago, wildlife along Lake Erie was mostly endangered due to industrial pollutants. Today, Lake Erie’s shores thrive with all sorts of wildlife and especially birds. If you are a birder, you can likely add a few rare species to your life list along the flyways of Lake Erie, including Cape May warblers, ruby-crowned kinglets, gnatcatchers, warbling vireos, and more. The beginning of May is a great time to see them in the marshes and meadows around Lake Erie.

Stretching from the Detroit River down along the western shore of Lake Erie is the Detroit River International Wildlife Refuge. Established in 2001 this refuge is the only established international wildlife refuge in North America with units both in Michigan and Ontario. Currently, the refuge has several units with trails, boardwalks, visitor centers and overlooks. It encompasses 6,000 acres and includes the last undeveloped mile of shoreline on the U.S. mainland of the Detroit River.

Other great places for birding include Michigan’s Sterling State Park in Monroe, Michigan. This is Michigan’s only state park on Lake Erie and in addition to trails and birding there is a boat launch, campground, playgrounds, and a sandy beach. On a clear day you can see all the way from Ontario, Canada to Ohio.

Speaking of Ohio, just east of Toledo is the Ottawa National Wildlife Refuge and the Black Swamp Bird Observatory in the Magee Swamp. Both sites are acclaimed for their world-class birding opportunities and Northwest Ohio is considered the Warbler Capital of the world!

Do you want to get out and see wildlife and other sights of Lake Erie and the Detroit River? I suggest one of the Summer Discovery Cruises offered by Michigan Sea Grant. Not only can you learn more about the ecology, history, and culture of the area on one of these cruises, but you’ll also experience being part of one of the busiest seaways in North America.

Learn about the history of the Great Lakes through unique artifacts

One of the best things to do at Lake Erie: Visit War of 1812 Battle Sites

Did you know that many of the most significant battles during the War of 1812 occurred around Lake Erie? Before “remember the Alamo,” Americans were shouting “remember the Raisin!” one of the bloodiest events of the War of 1812. The battle and massacre that occurred along the banks of the River Raisin, so named because of the wild grapes that the earliest French settlers found along its banks, in what is now Monroe, Michigan.

The River Raisin National Battlefield commemorates and explains this battle and the culture of both the Native Americans and the French Settlers who lived along the banks of the Raisin and the shores of Lake Erie. This park was established as a National Battlefield in 2009 and is still being developed. In its current form, you can see everything in an hour or two, including the battlefield itself.

Learn about General Custer and his legacy

Monroe is also the childhood home of one of America’s most famous, or perhaps infamous, military leaders – General George Armstrong Custer. There is a statue of him downtown across from one of the oldest Catholic churches in Michigan, St. Mary’s. There is an excellent exhibit on his life at the Monroe County Historical Museum. The Museum also has exhibits further upstream on the Raisin at the Territorial Park along North Custer Road. Here you can see the historic Paper Mill School and the Navarre-Anderson Trading Post Complex.

Many of Custer’s relatives are buried in Woodlawn Cemetery not far from downtown. Established in 1810, the cemetery is one of the oldest in Michigan. It is filled with interesting and unique tombstones and memorials to the area’s earliest residents.

Other historic sites in the region include Fort Meigs in Maumee, Ohio (just south of Toledo), which features a nearly fully restored fort, museum, and commanding views of the Maumee River. Nearby, across the river, is the Fallen Timbers Battlefield. Sometimes called “the last battle of the American Revolution” the battlefield park has memorials to General “Mad” Anthony Wayne, Native Americans and other participants in this 1794 battle.

Further east along either the Ohio Turnpike or US Route 2 you come to Port Clinton which has ferry access to the Lake Erie Islands. These islands are popular summer resort areas with plenty to see and do.

Perry’s Victory and International Peace Monument on Put-in-Bay, arguably the most popular of the Lake Erie islands, is a must-see. This 312 foot tall monument marks Oliver Hazard Perry’s decisive victory during the War of 1812. From the top, weather permitting, you will find a commanding view of the western basin of Lake Erie.

In addition, Put-in-Bay is home to Perry’s Cave and the world’s largest geode in Crystal Cave. You’ll also find a winery and many restaurants and bars. If you only have an afternoon on the island, consider renting a golf cart so you can get to most of these sights before sundown.

For true Admiral Perry buffs, you will want to make the trip out to Presque Isle State Park in Erie, Pennsylvania where there is a smaller monument (101 feet), lighthouse and other points of interest.  It’s also the site that Perry used to construct 6 of the 9 ships of his fleet.

Whether you have an afternoon or a few days, you can find plenty of things to do on Lake Erie!

ABOUT THE AUTHOR: Dave Wahr is a higher ed auxiliary services professional by day and a writer, thespian, and fitness wannabe by night. He also enjoys travel and believes that you can’t truly understand the world unless you go out and see it. You can follow his blog, Dave’s World at www.davidpwahr.com and on Instagram @davewahr.

Looking to visit more cool destinations across the US? Check out these articles:

– Most Unique Vacation Rentals in the Midwest

– Unique Places to Visit in the US

– Most Unique Airbnb Rentals in Vermont

30 Beach House Airbnbs in the US to Book Now (With Availability!)

The 17 Best Airbnb Rentals in Canada