12 Most Instagrammable Places in Iceland – Best Instagram Spots in 2020 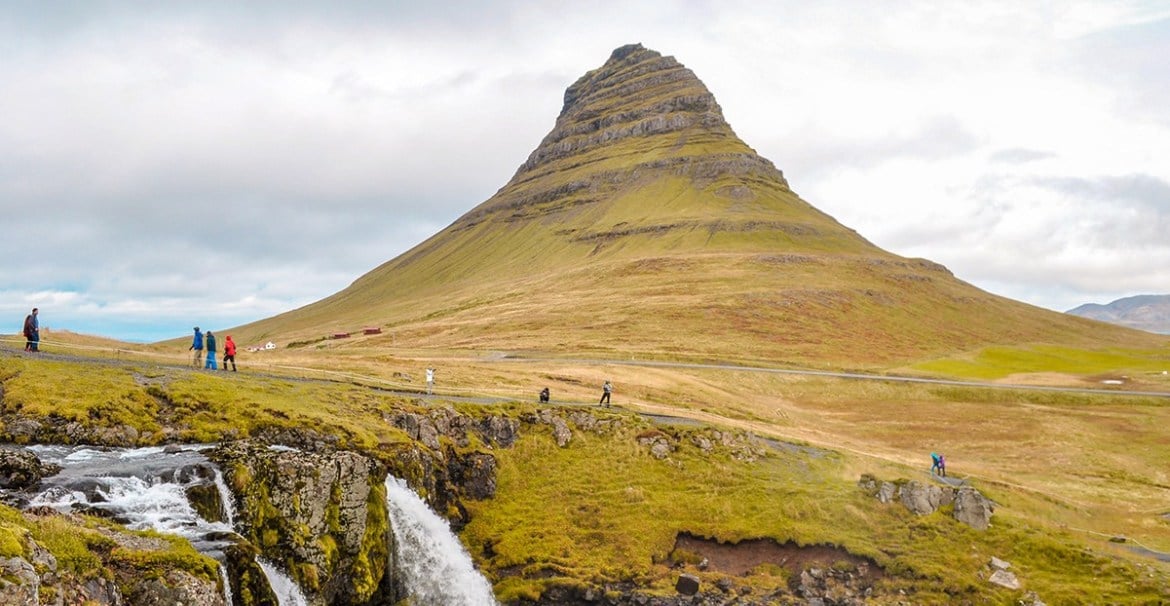 Discovering the most Instagrammable Places in Iceland

Ahh Iceland, the land of fire and ice. No other place on Earth rivals Iceland’s geological diversity and photogenic ponies (seriously though – look how cute they are). In Iceland, you’ll discover breathtaking waterfalls, geysers, fjords, mountains, glaciers, and so much more. Though there are countless sites to choose from, here are the 12 most Instagrammable places in Iceland.

Erupting every 6-10 minutes, Strokkur is Iceland’s most rambunctious geyser. It’s also one of the best Instagram spots in Iceland.

This hot spring is conveniently located along the Golden Circle, which contains many of Iceland’s greatest natural treasures. Steeped in pristine beauty, it’s definitely one of the best photo and video spots in Iceland.

Ok, so this isn’t a place per se. However, the northern lights is one of the island’s biggest draws, and as such, deserves a spot on this list of the most Instagrammable places in Iceland.

I’ve been lucky to witness the northern lights twice during two separate visits. It’s such a magical sight and will provide you with some solid IG content!

Originating from a nearby volcano glacier, Seljalandsfoss is a majestic waterfall cascading over 200 feet (60 meters). It’s one of many breathtaking waterfalls on the island, but it’s among the top Iceland Instagram spots.

Be sure to wear a poncho and venture behind the falls for the best views. Situated along the Ring Road in southern Iceland, Seljalandsfoss is low-hanging fruit for the aspiring Instagram pro.

Seyðisfjörður is definitely the quirkiest and most charming village in Iceland. Nestled amid colorful wooden houses and cloud-covered fjords, Seyðisfjörður is a must-see in eastern Iceland.

Planning to travel anytime soon? Subscribe to my email list for exclusive travel tips, hacks, and other resources to save time and money!

This fishing village in northeastern Iceland is the oldest Norse settlement in the country. Húsavík is the whale watching capital of Europe, where you’re essentially guaranteed to see one of its 12 whale species. Like the scenic harborfront, Húsavík’s whales are very photogenic, too.

Hraunfossar is every photographer’s dream, especially during the fall foliage season. Interestingly, its water doesn’t originate from the mountains, but from lava beds deep within the Earth. Moreover, Hraunfossar is one of the only waterfalls in West and South Iceland that permits drones. Gotta do it for the ‘gram!

READ: 33 Things to Do Before a Flight!

Wedged between two tectonic plates, Þingvellir National Park is marveled for its unique geological landscape and authentic natural beauty. It was here, in Þingvellir, where the Icelandic people established the world’s oldest, continuously-running parliament in 930 AD.

Svartifoss, or “Black Falls”, was named for its dark basalt columns. Located in southeastern Iceland, Svartifoss is a picture-perfect waterfall that inspires artists and photographers alike. It’s so enchanting that the Hallgrímskirkja church in Reykjavik was built in its image.

Do you see the resemblance?

Fjaðrárgljúfur (say this five times fast) is a colossal canyon in southern Iceland. This dramatic geological formation was shaped during the Ice Age two million years ago.

Be extra careful with your drone here, as it’s easy to lose reception in the depths of the canyon. The hike to the top is well worth it to capture one of the most Instagrammable places in Iceland.

The Blue Lagoon offers a spa experience like no other. This majestic geothermal pool is rightfully one of Nat Geo’s 25 Wonders of the World.

Located near Keflavík Airport, the Blue Lagoon should be your final stop in Iceland (the grand finale).

This glacial lagoon and adjacent beach are where Iceland draws its name as the Land of Fire and Ice.

It’s surreal to watch Jökulsárlón’s immaculate icebergs float from the lagoon into the sea. Furthermore, there is a striking contrast between the black sand beach and crystal blue icebergs. It’s truly the perfect juxtaposition for an Instagram photo, and one of the best photo spots in Iceland!

You may also like: Most Instagrammable Places in Malta

There is something truly magical about this mountain-waterfall composition on the Snæfellsnes Peninsula. If you wanted to capture Iceland in one photo, it would definitely be Kirkjufell.

This idyllic scene embodies the natural beauty and allure of Iceland. When you add the Aurora Borealis into the mix, there is no place on Earth quite like it.

Iceland is one of the most Instagrammable places on Earth

Where are your favorite spots in Iceland? Which places do you consider the most Instagrammable places in Iceland? For more travel inspiration, check out my ideal Iceland itinerary!

Are you looking to kick off 2021 by discovering some of the most beautiful (Instagrammable) cities in Europe? If so, check out my recent blog posts about Verona and Barcelona:

Aruba Beyond the Beaches: Why You Should Visit This One Happy Island

24 Tips on International Travel: Things to Do Before Traveling Abroad

9 Cheapest Airports to Fly Into Italy