The 13 Most Magnificent Churches in Europe ⛪️ 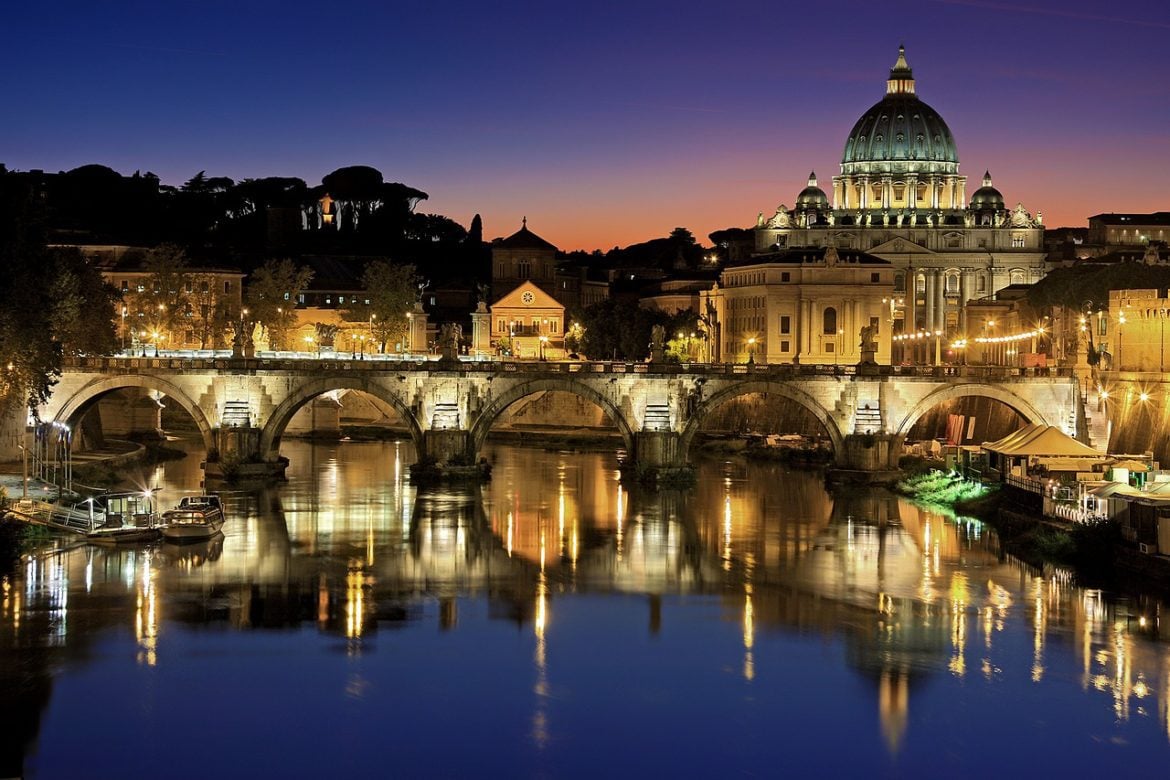 Whenever I venture around Europe, I am always astonished by each country’s unique identity, heritage, and language. It has always baffled me that a one-hour flight in Europe brings you to a totally different environment with a distinct culture and way of life. Perhaps most emblematic of Europe’s diversity and uniqueness are its grandiose and ornamental churches.

Capturing the essence of their surrounding cityscapes and religious denominations, Europe’s churches are truly awe-inspiring. Taking into account their intricate architecture, vast history, and impressive stature, here is my list of Europe’s 13 most magnificent churches!

Embodying the creative character of Milan, the Duomo di Milano is an extravagant example of Renaissance Gothic architecture. Due to its sheer complexity and grandeur, the cathedral and its façade took over 600 years to build.

This medieval island monastery has been a site of pilgrimage and wonder throughout the centuries. With a whopping 50 feet (15 meters) between low and high tides, Mont Saint-Michele has Europe’s highest tidal oscillations. Completed in 1523, the Mont Saint-Michel Abbey is a Gothic masterpiece that undoubtedly leaves its inquisitive visitors in awe.

La Sagrada Família, or “sacred family” in Catalan, is deservingly the most popular and iconic attraction in all of Spain. Designed by the revered architect Antoni Gaudí in 1882, this basilica has undergone construction for over 130 years with no end in sight. Inspired by nature and Catalan Modernism, the Sagrada Família is the furthest thing from a traditional European church.

Erected during the 12th century, the Borgund Stavkirke is one of very few Christian churches constructed from wood. Similar to the bows of Norse vessels, this church contains dragon heads that were carved atop the steep roof gables. In the post-Viking world, Borgun Stavkirke served as a fresh beginning for Christianity in Scandinavia.

(Check out these incredible must-see places in the Baltics!)

Located in the heart of Paris, the Notre-Dame Cathedral is the most visited monument in all of France. Completed in 1345, Notre-Dame (“Our Lady”) is the quintessential example of French Gothic architecture.

Overlooking Reykjavik from a hilltop lies Hallgrímskirkja, a contemporary Lutheran church that embodies Iceland’s unique landscape. One of Iceland’s most breathtaking waterfalls, Svartifoss, inspired the church’s design. Contrary to the grandiose and gleaming appearance of other European churches, Hallgrímskirkja embodies a simple, yet unconventional elegance.

(Looking for some Iceland travel inspiration? Check out the following articles!

Though construction of the Cologne Cathedral began in 1248, it was not completed until 1880, more than six centuries later. Today, Northern Europe’s tallest Gothic church stands 515 feet (157 meters) tall and accommodates over 20,000 visitors each day.

Built nearly 1,500 years ago, the Hagia Sophia has been the focal point and spirit of Istanbul since the days of the Byzantine Empire. Now a secular museum, this church has undergone several religious changes — serving as a Greek Orthodox basilica, a Catholic cathedral, and an Ottoman mosque.

Perched atop the Parisian cityscape, the Sacré-Cœur (“Sacred Heart”) dedicates itself to the sacred heart of Jesus. Built in the early 20th century, this grandiose basilica embodies Romanesque-Byzantine architecture and welcomes over 11 million visitors each year. The church’s Savoyarde bell — weighing 41,524 pounds (18,835 kg) — can be heard from up to 6 miles (10 kilometers) away.

Kiev’s Pechersk Lavra is an elaborate monastery of churches, museums, and caves. Within its mystified underground passages, you will find mummified monks that trace back to the monastery’s founding in 1051 AD. This cultural attraction is a pilgrimage site for Eastern Orthodox Christians and interested travelers alike.

As the home of the Pope, St. Peter’s Basilica is the largest and holiest Catholic shrine in the world. On the adjacent St. Peter’s Square, the Pope has delivered liturgies to hundreds of thousands of spectators.

To follow my journey through Europe and around the world, feel free to connect with me on Instagram: @Global.Viewpoint!

Barcelona on a Budget

9 Cheapest Airports to Fly Into Italy

Wow! I love this list of amazing churches. Thank you for expanding my knowledge. Well done!

I like your ranking! I know all these
churches/cathedrals and each of them
is unique with its architecture, atmosphere and local/historical importance. Yet a lot of others could be added to your list as every European city developed round their church and former kings and emperors expressed their power also through their cathedrals.